Ok, I’m just going to put this out there. I really don’t ‘get’ Pollen Street Social.

Down an easily missed and narrow road in Marylebone, sits the first restaurant venture of ex-Gordon Ramsay-ite, James Atherton. Pitched as a “contemporary bistro offering de-formalised fine dining” I had high hopes for an atmospheric, relaxed but entirely delicious meal. 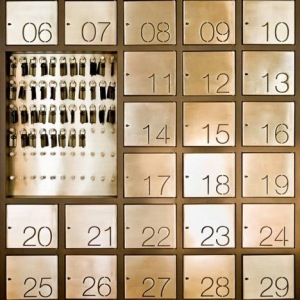 Greeted at seven o’clock on a Wednesday evening by a lady stood in front of a wall of numbered, metal mini-safes (weird) I was advised that there were no tables free, but I could order from the full menu at the bar, I accepted and took my seat at the pale wooden bar. Immediately underwhelmed I wondered if I’d accidentally stumbled into a recently painted slug and lettuce, but was reassured I was in the right place when  a member of bar staff began the seemingly obligatory ‘talking to lone diners is part of my job’ conversation with me.

This might have been interesting, or jaw clenchingly boring, I’ll never know; I could barely hear the member of staff as, despite his proximity, the canteen-chatter and clanging drowned him out.

I ordered a water and glass of house red which I stupidly expected to be Vin de Pays Des Collines Rhodaniennes Syrah (at £6.50) but which transpired to be the Pollen Street Social Sélection, Anjou, Clos de l’Elu, Loire Valley (at £8.50).

Quickly a waiter arrived with a small piece of bread and shortly after, another waiter presented me with several small bowls of entirely unidentifiable matter. Despite two attempts at asking, over the canteen sounds I still had no idea what they were. 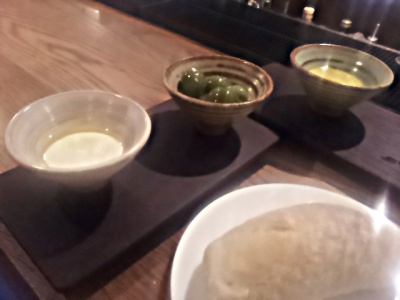 One thing’s for sure though, as I’d been seated half under a bar lamp and the bar was relatively narrow, irritatingly, there was nowhere for me to put my glass let alone get at the ‘bowls-of-something’.

I looked around for cutlery. None. What the hell was I supposed to do with them with no cutlery? Suddenly a brainwave, I pulled out my phone, read another diners review and, thank god, discovered that the delights before me were dips and spreads. Salt cod brandade and apple and ginger dip, to be precise. For my one small piece of bread. I tasted them, both passable, neither impressive, and with no offer of bread seconds, most was wasted anyway.

No starters took my fancy so I skipped straight to mains and ordered Roasted Creedy Carver duck, spice pear gel, braised duck leg, turnip, English Ale-Gar reduction. No, I don’t know what Ale-Gar is either but given that I’d, so far, not understood a single word that the waiting staff had uttered I opted to pray it wasn’t tomato and order it anyway.

The food arrived and was perfectly edible, The duck was reasonably cooked and pleasant, if a little fatty and the pear flavours sat well alongside, but then pear and duck is hardly rocket science. It wasn’t spectacular and I’ve actually had far more flavoursome duck at Cote up the road from my house in Surrey. Certainly not something I’d want to spend a pretty wholesome £30 on again. 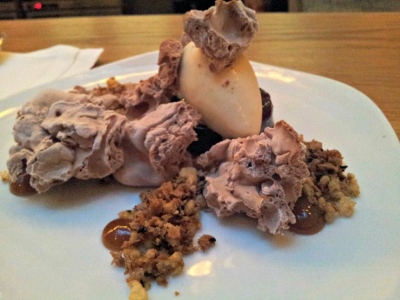 I hoped the magic might be in the desserts, and, when I managed to finally understand something a waiter said to me, I felt it was a sign I should go with their recommendation of 70% Chocolate ganache, banana ice cream, sesame crumble, Pedro Ximenez, chocolate coral. Again, no, I don’t know what the Pedro thing is, or why its capitalized, but went ahead regardless.

The ice cream was standard banana flavour, the ‘coral’ was like Iceland frozen chocolate mousse that had been hacked at wildly with a knife and then blasted with dry ice. The sesame was like a high end nutty breakfast cereal and the chocolate ganache was pleasing, but un-astoundingly so.

All in all, for a total bill of £55 I was rather unimpressed, the food was fine, lovely even, but absolutely lack lustre.

Perhaps I chose the wrong things, perhaps I’d have received a more dazzling service if I’d sat at a restaurant table rather than the bar- according to reviews I’ve since read, I would then at least have received a magic key to one of the mini numbered safes and the ‘present inside’.

But overall I felt let down; the reviews I’d read promised Pollen Street Social would be just the kind of restaurant I loved, paired down fine dining, with all of the taste and none of the stuffiness, formality and inflexibility of many high end restaurants. If this was the case, then perhaps the service was the problem; no one gave me choice of seating or even told me about the different areas, no one explained the restaurant’s ethos or told me about the cocktails.

It’s one thing to pair down fine dining, but make sure you pair down the right bits, else you’ll end up a slug and lettuce selling overpriced duck and iceland mousses. 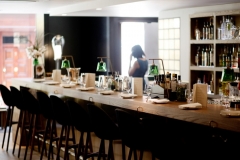 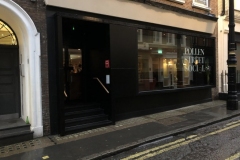